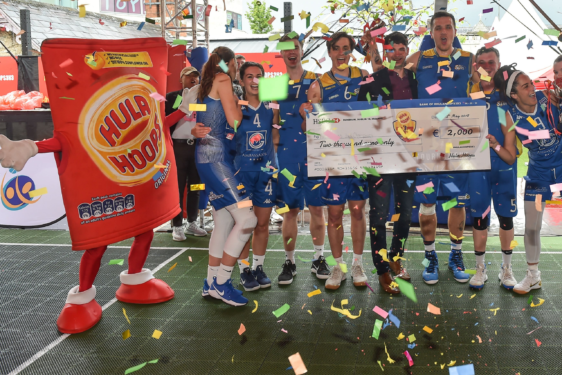 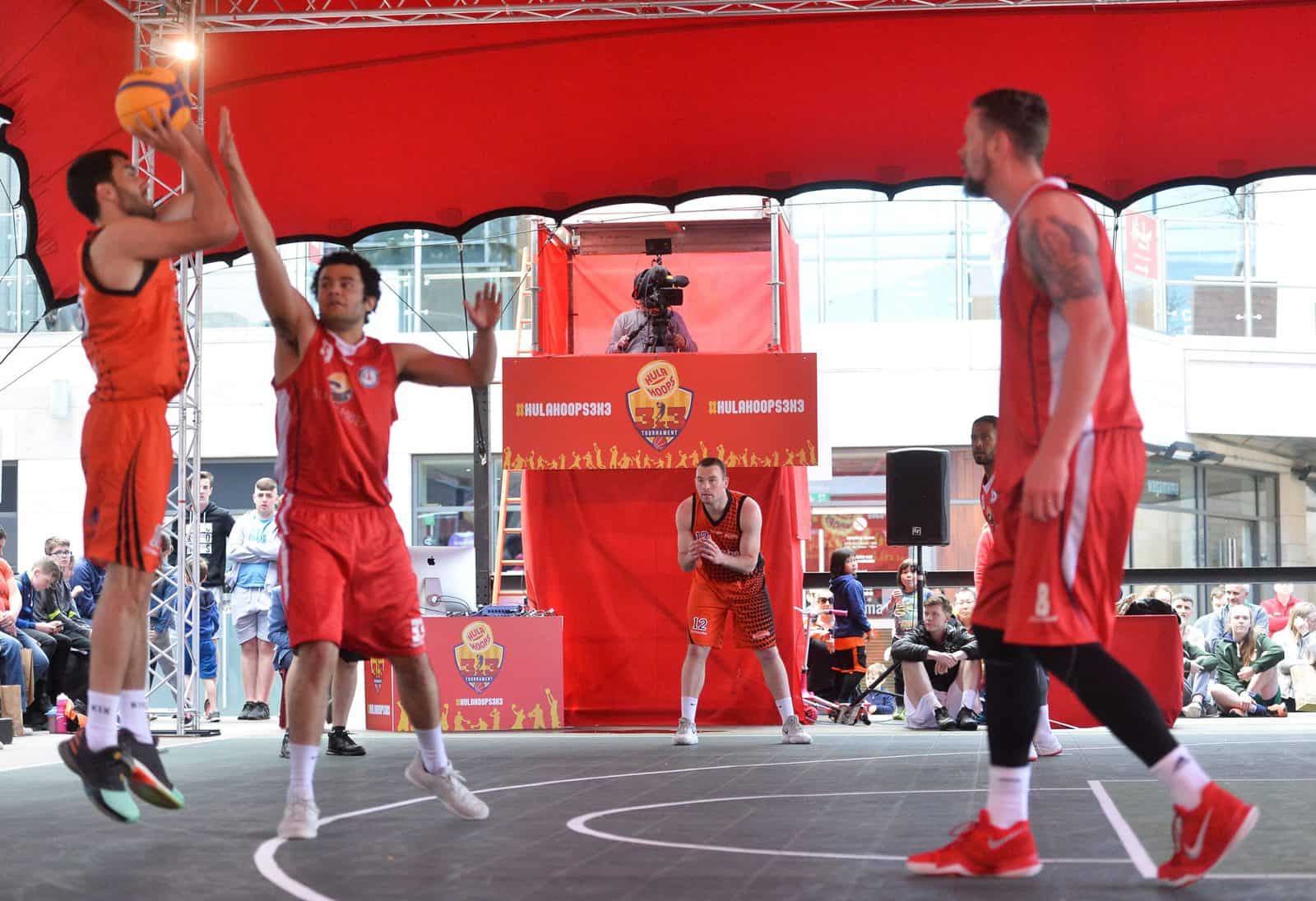 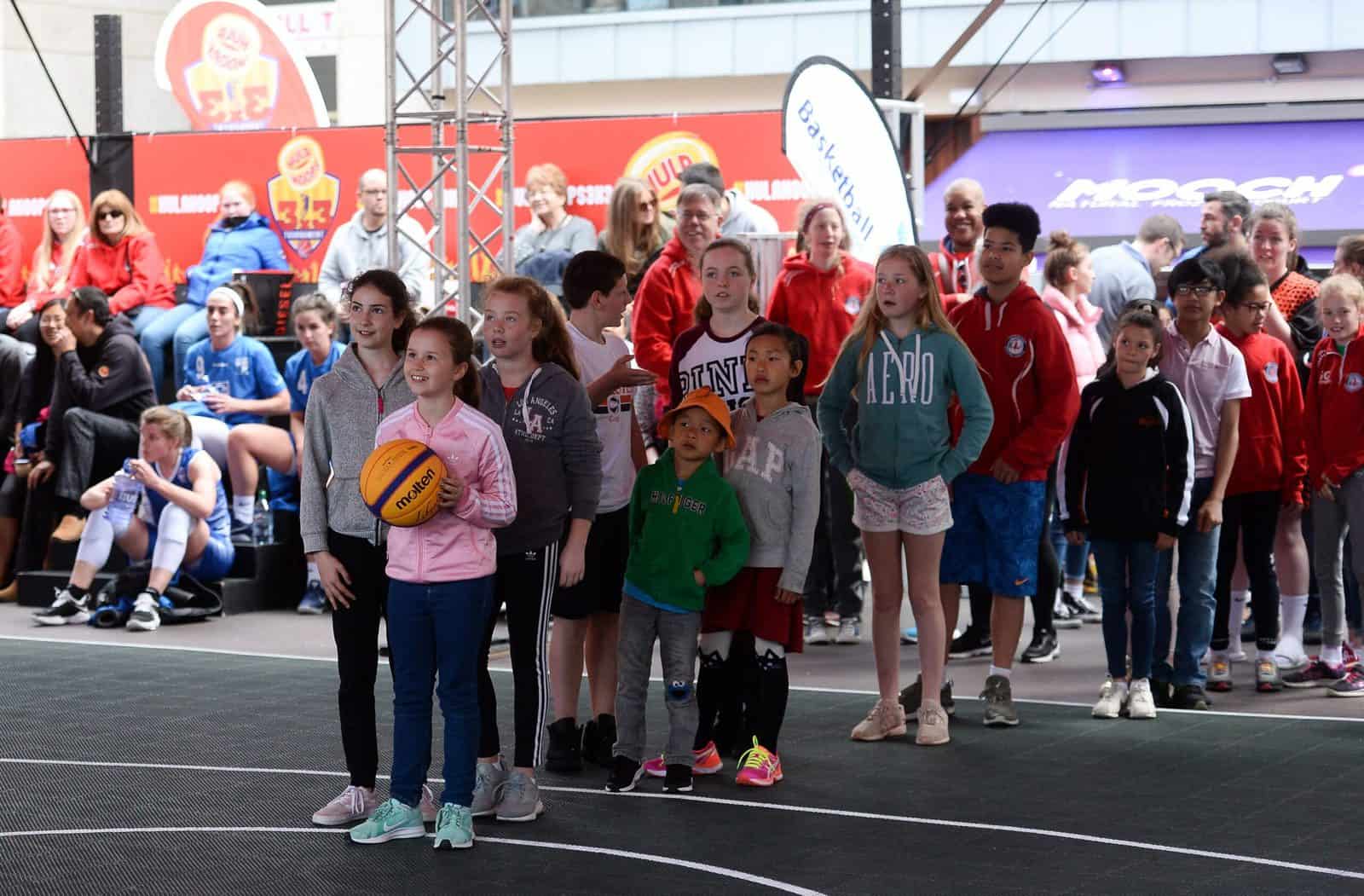 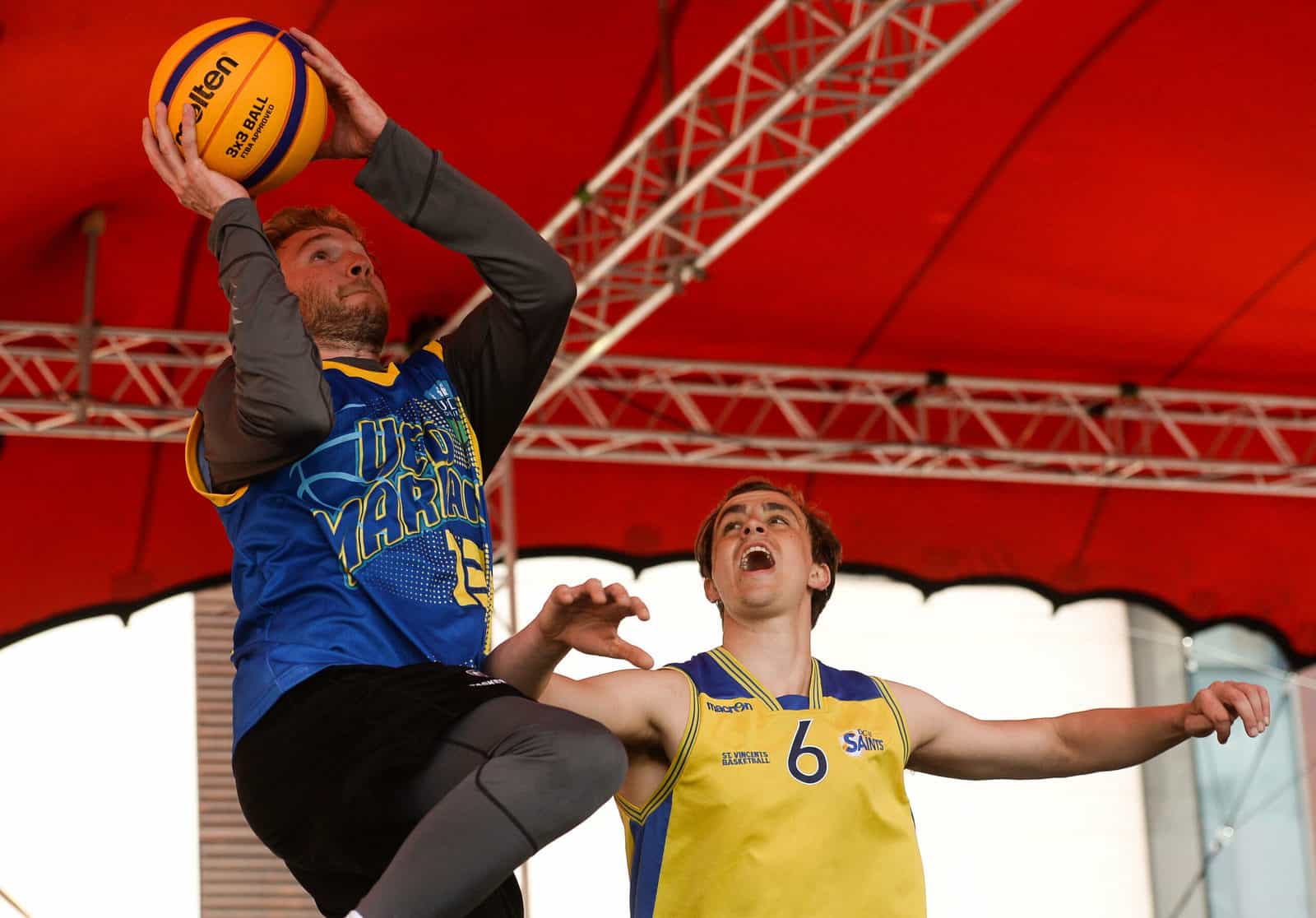 What a weekend Verve had on the 12th May! Hula Hoops and Basketball Ireland launched Ireland’s first 3×3 Basketball Championship Tournament #HulaHoops3x3 in Dundrum Town Centre. 3×3 Basketball is the newest format of basketball, it’s more intense than a full 5 player game and a lot quicker – ‘twice the pace but half the space’ is a great way to describe it.

To educate people about the game and how it’s played we enlisted the help of Love/Hate star Peter Coonan and created a series of four short social stings. The videos were released as part of our social media calendar we created specifically for the event which consisted of three key elements – pre event amplification, live event social stories and postings and a post event wrap up video.

Verve designed and created the bespoke court complete with overhead canopy and tiered seating. Our specially constructed court was really eye catching and the atmosphere couldn’t help but draw you over to the action.

The event was a huge success resulting in:

Planning a brand activation
or experience?