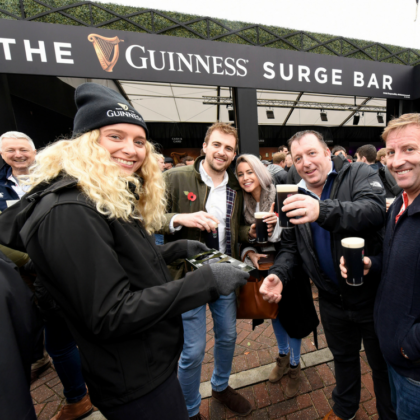 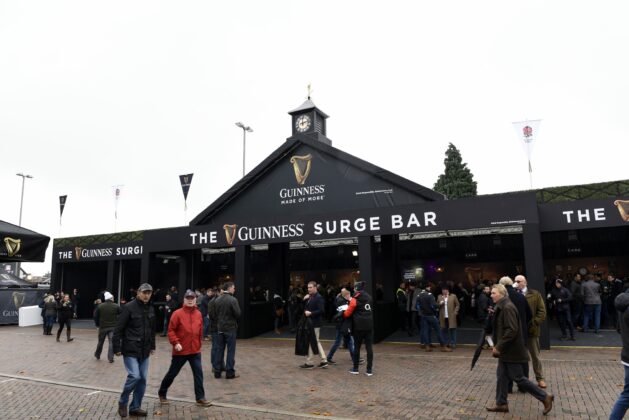 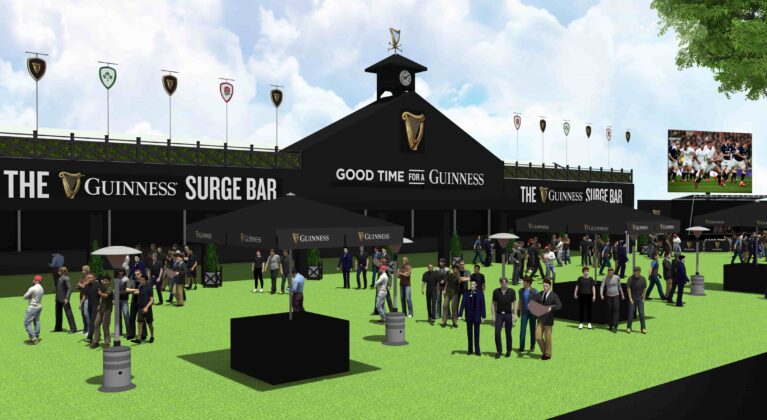 We teamed up with Guinness to build a new, epic home of the black stuff in Twickenham West Fan Village. Our mission was simple; give rugby fans the best experience possible. That means; less queuing at the bar, better service provided by the ‘Fresh Pint’ team, more craic, entertainment and better access to the game.

This upgraded fan experience paid off, with record volumes of Guinness sold at the Autumn Internationals 2017 England v Australia match, a significant percentage increase from the same match in the previous year. Volumes in the Guinness Surge Bar increased massively YOY at England v Argentina, with a large increase of Guinness sales over the series so far. We got pints in hands, taking fans out of the queue and putting them in the game.

Planning a Sponsorship or Brand Activation?