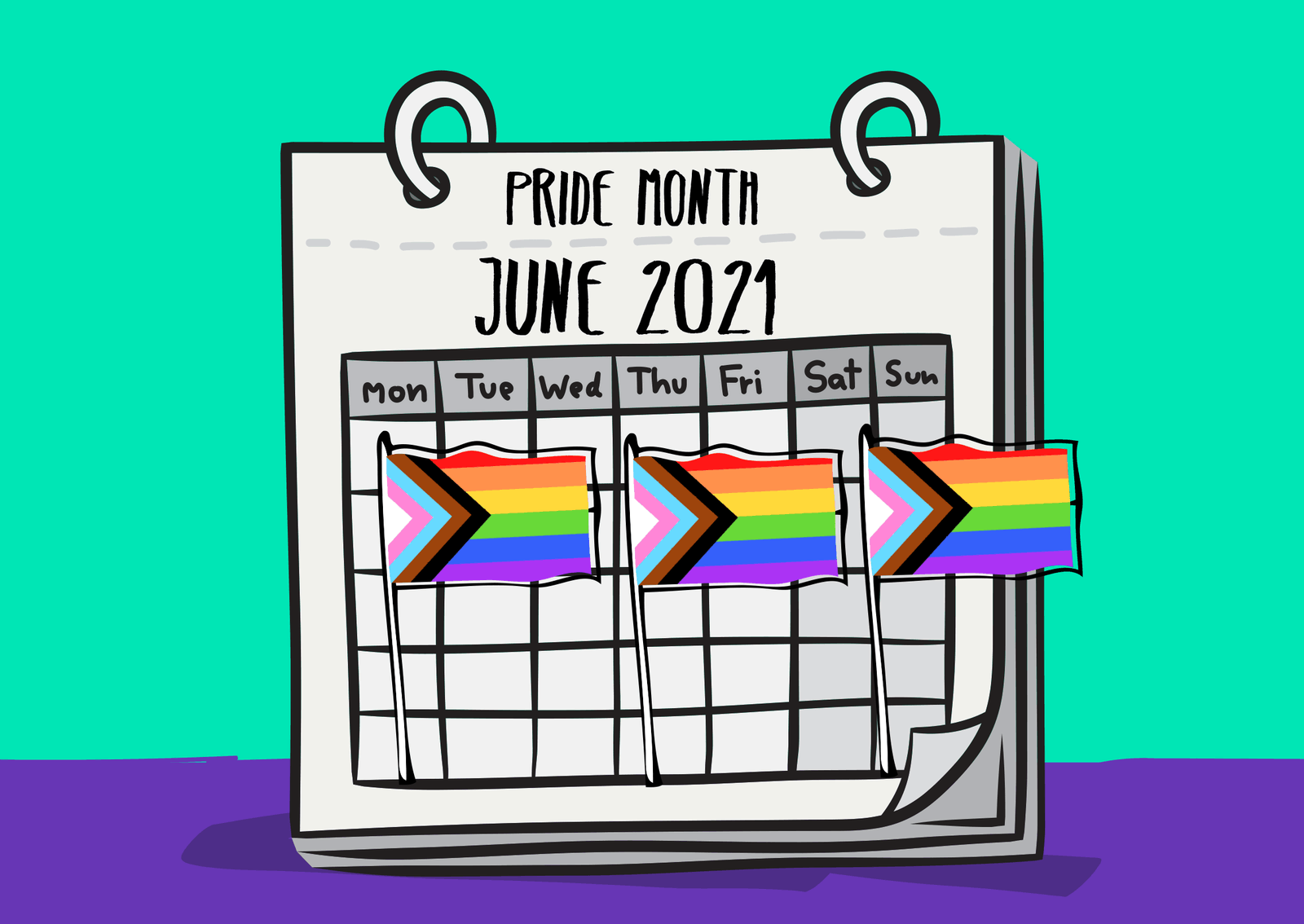 As we enter into the 51st anniversary of the Stonewall uprising, the LGBTQIA+ (Lesbian, Gay, Bisexual, Transgender, Queer, Intersex, Asexual) community has more cause than ever to reflect on representation, acceptance, achievements, legal rights and pride within mainstream society. June is a time when millions of people come together in support of the community, and it could not have come at a better time this year, as the world begins to open up again many pride celebrations and events across the globe will resume as COVID-19 restrictions are lifted, and more people are vaccinated. 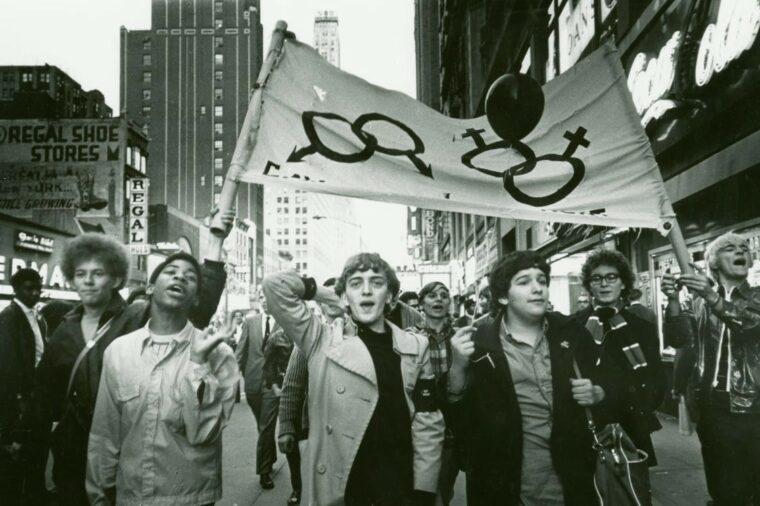 So, why does Pride month take place in June?

In June 1969 riots broke out at a New York City gay bar, the Stonewall Inn, invoked by police raids claiming the bar was operating with an improper liquor license; and evermore marking a pivotal turning point in the fight for LGBTQIA+ rights. Raids similar to this were a regular occurrence for the community where gay bars and clubs were often shut down for serving alcohol to known or suspected LGBTQIA+ individuals, arguing that the mere gathering of homosexuals was “disorderly”. Stonewall was one of the first occasions where the community fought back against discrimination and stood    up for the place where they could truly be their authentic selves. A diverse crowd of lesbians, gay men and transgender women, many of whom were people of colour, clashed with the police and refused to be intimidated. Over the next six days, gay activists from around New York continued to gather near Stonewall to spread awareness and information surrounding gay rights. On the first anniversary of the riots on June 28, 1970, thousands of people marched in the streets of Manhattan from the Stonewall Inn to Central Park in what was then called “Christopher Street Liberation Day”, America’s first gay pride parade. 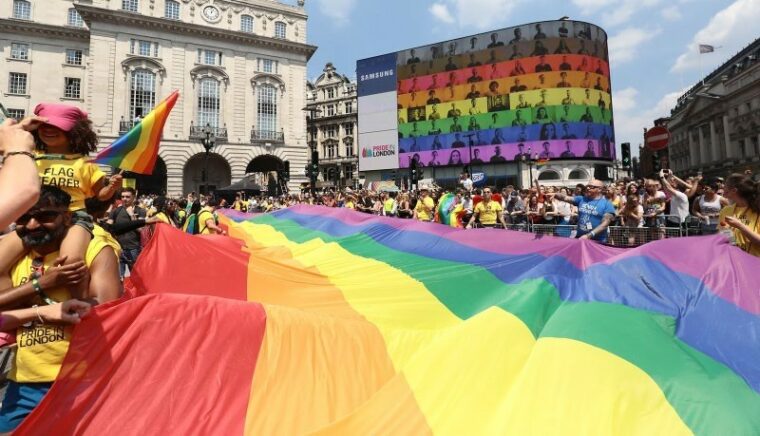 What pride events are happening in the UK and Ireland this year?

LGBTQIA+ Pride Month events draw millions of participants from around the world each year in typically month long celebrations, including parades, marches, parties, concerts, workshops, symposiums and more! Across the UK and Ireland this year there are 170 Gay Pride events planned, with numerous towns celebrating Pride for the very first time, which is incredible to see the strides and change we are making in society.

If all goes to plan with the easing of the UK lockdown, then once more live events and festivals can go ahead from 21st June 2021. Manchester Pride is scheduled for the August Bank Holiday weekend (27th to  30th), with the London event on the 11th of September, having been pushed back this year from the typical May and June dates.

Although Dublin Gay Pride 2021 has been cancelled (in person), it will be heading online. The theme will be community, with a focus on promoting the vital work of LGBTQIA+ organisations and services. For the entire month of June, a series of different events will be taking place to celebrate Dublin Pride 2021, with the main festivities kicking off in the final week. The iconic Dublin Pride Parade will also take place online this year, broadcast from The Mansion House on Saturday, June 26th.

What brand activations have stood out in recent years?

As Pride Month begins this month let’s take a look at the brands delivering brave work to support LGBTQIA+ society where it matters most.

The Union Cup is Europe’s largest LGBTQIA+ inclusive rugby tournament and excitingly took place in Ireland for the first time in 2019. Guinness and Rugby have formed a bond with the desire to unite people through the Union Cup and in celebration transformed the iconic black GUINNESS gates to rainbow colours. 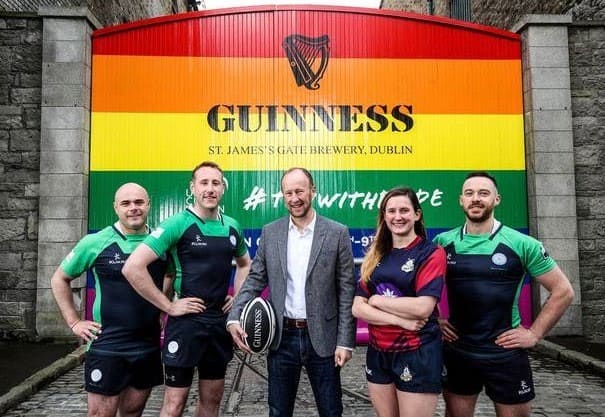 Skittles – Give the Rainbow

Skittles ran a hugely successful campaign in 2017 and 2018, where their influence showed up strongly at the London Pride festival. The campaign saw the brand known for its rainbow-coloured design and slogan “Taste the Rainbow,” shed its usual colours and poignantly become only black and white. It stood out incredibly strongly by doing the exact opposite of what the majority of brands are doing with their logos during Pride, with each pack of colourless Skittles bought raising money for Switchboard: the LGBTQIA+ Helpline. 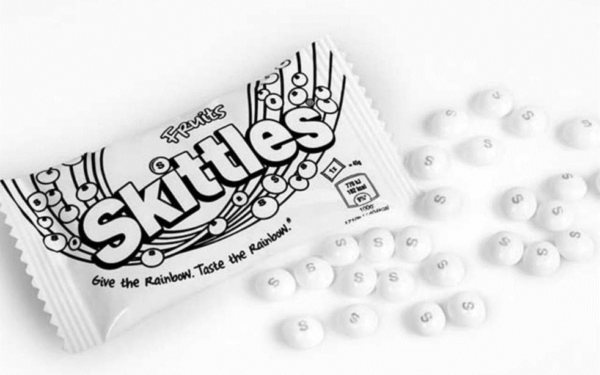 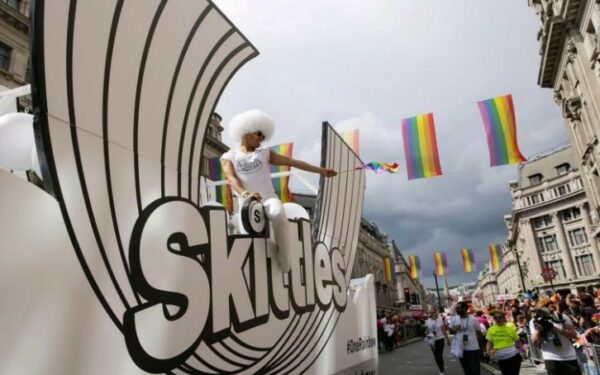 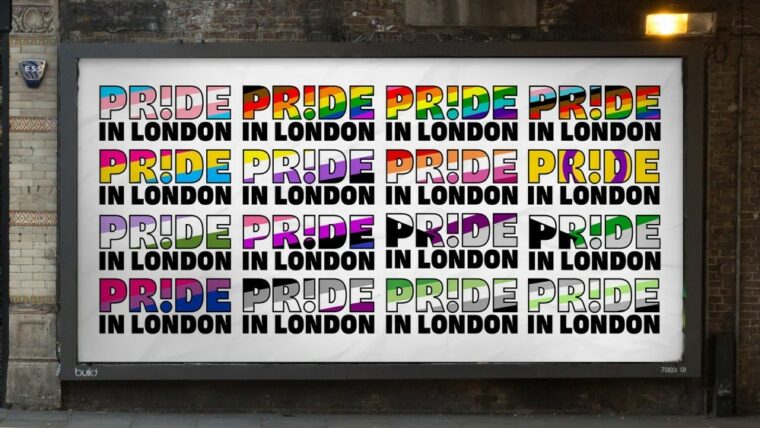 LEGO – Everyone is Awesome Set

This year LEGO launched its first-ever LGBTQIA+ set which features 11 mini-figures that reflect the rainbow flag, celebrating the LGBTQIA+ community and the subsequent pride month this year. LEGO have made a fantastic step to engage in a younger crowd and inspire a younger audience to engage with the queer community. 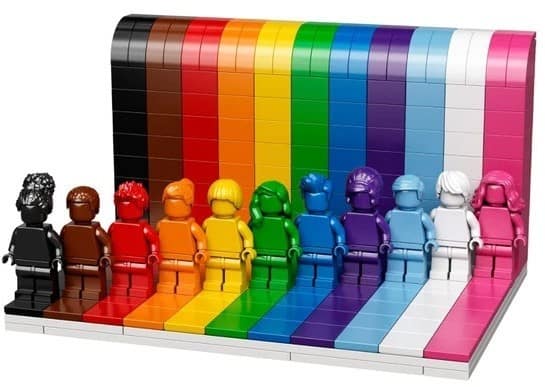 Levi have recently revealed that they will be donating 100 percent of net proceeds from their Pride collection to the Out Right Action International organisation, a non-profit working towards the advancement of  human rights for the global LGBTQIA+ community. 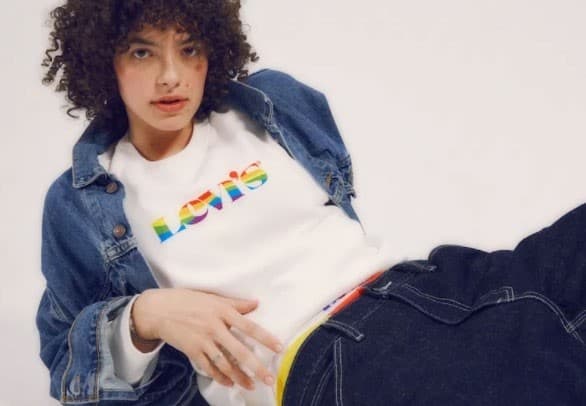 For this year’s Pride, our own Showrunner collaborated with Ireland’s oldest LGBTQ+ Bar, The George, and Irish chocolate makers, Bean and Goose, to create a brand new kind of LGBTQ+ Bar – a limited edition chocolate one. It’s aim is to help make up for some of the joy, community and support that’s been lost from bars being closed for so long, with all profits going to LGBTQ+ community resource centre, Outhouse. 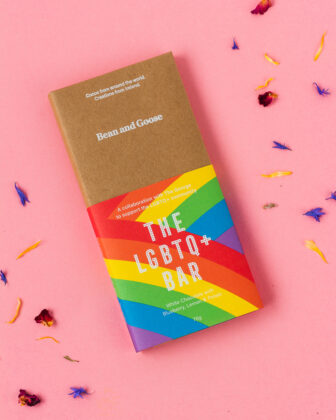 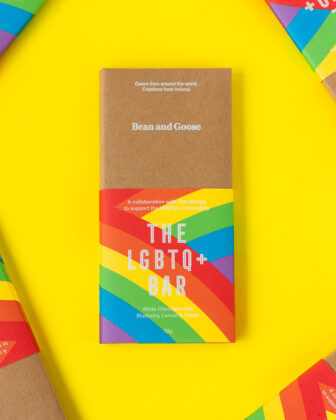 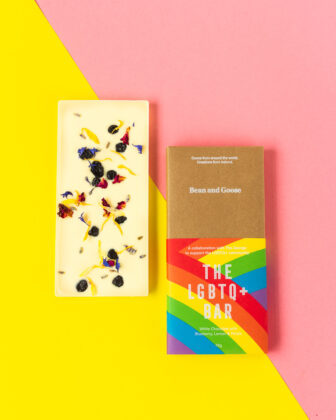 Verve is an agency celebrating 30 years at the top of the events, experiential and marketing industries. This podcast pulls from that wealth of experience, giving key insights from the past, tips for the future, and everything in between.

You can listen to the first episode of The Verve Experience here https://audioboom.com/posts/7880658-how-is-experiential-re-opening 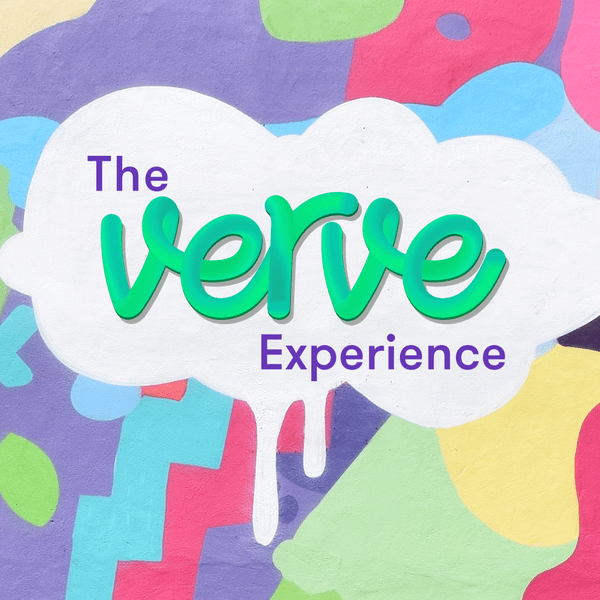 If you are planning a virtual event, don’t hesitate to get in touch with our virtual events team. We offer a 360 service from planning, creative, production and live execution in house. Click here to learn more.

The Process of Designing A Branded Space

The Process of Designing A Branded Space