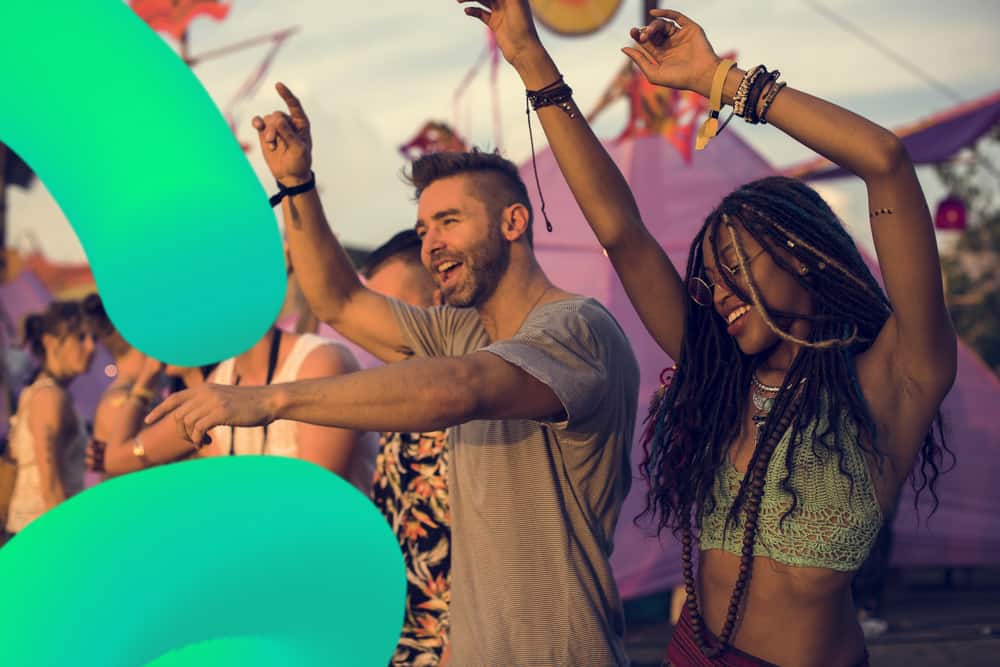 TAPPING INTO THE FESTIVAL SCENE

We’re at peak Festival Season right across GB & Ireland: Wireless, Isle of Wight and Knockanstockan are all behind us – and Reading, Electric Picnic and Bestival still to look forward to.

Just last weekend thousands flocked to Randall’s Island in NY to see some of the biggest names in music perform at Panorama. As the festivals official technology sponsor, HP has continuously provided immersive installations through “The Lab, powered by HP” and this year saw the most impressive one yet. Bringing together art and technology “The Lab” offered a series of individual exhibits with the theme of ‘Fractal Nature’ which explored space and time and also aimed to teach the audience about sustainability. Inside HP’s digital eden, festival goers could create a custom reusable water bottle using HP’s Spectre Laptop, and print and fill them up onsite. There was also an interactive booth where users could snap and draw on their image using different affects. The most instagrammable area inside the lounge was a beautiful flower installation hanging from the ceiling where attendees could create their own light show using HP tech. Outside of the lounge there was of course, a HP virtual reality setup which enabled users to experience a performance from any artist onstage as it was happening. The brand also worked with artist, Jonathan Zawada to create a booth that projected graphics onto a persons face and then turned it into a gif. HP’s area offered countless  opportunities for the brand to interact with music lovers, which in turn led to thousands of pieces of shareable content  – all stamped with the brands logo. 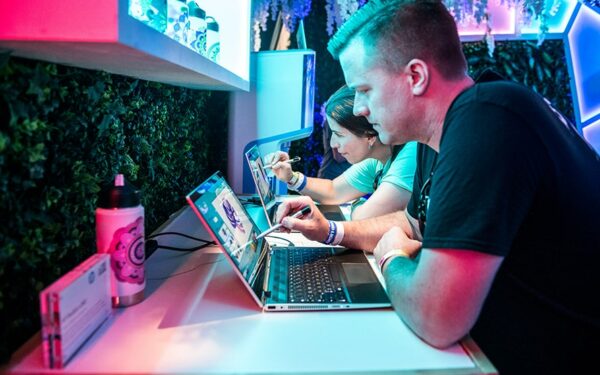 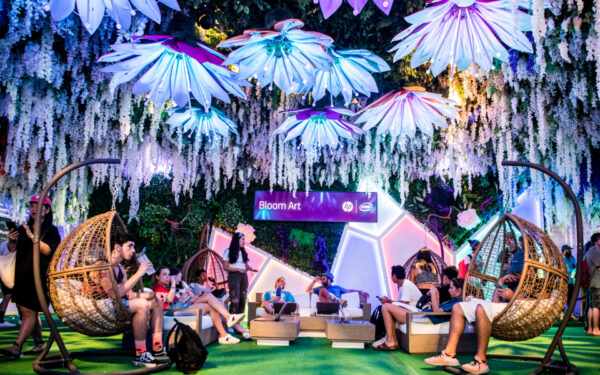 Kia Motors packed up their car boot and headed to Wireless and Lovebox festivals to target their Kia Picanto to a more youthful audience. Through a playful and engaging activation the motor company installed a giant Picanto themed roller disco, as fun on four wheels is what they do best. The roller disco featured live sets from popular DJ’s and festival goers could experience a literal change of pace. Each day of the festival fans could also take part in the their ‘skate n date’ set and share their roller disco experience using a special Snapchat lens that was sponsored by Kia. Over the weekend there was also a chance for one lucky festival goer to roll out winning a Kia Picanto car.

We all know that Gen Y and Z are digital natives and love sharing content online, this is especially true if it’s something that makes them look really cool. At this years Live @ The Marquee in Cork, Verve worked with Carlsberg to create The Danish Quarter, a slick area where music fans could chill and hang out before seeing some of this years biggest artists.

Wanting to give them a real taste of #TheDanishWay lifestyle, we transported festival goers to the capital and built a branded booth with a backdrop of the charming streets of Copenhagen accompanied by a Scandinavian style bicycle for the full experience. Then, using the latest array software we created a 3D effect gif with Carlsberg branding overlays resulting in an unique, stylish digital takeaway for the consumer to share on social.

While eye catching activations can make your brand stand out among competitors, sometimes it’s the simple efforts that can engage a younger audience. A recent study revealed that “49% of people said they would view a brand more favourably if it offered a free giveaway at a music event.” At this years Coachella, taxi app Uber treated festival goers to complimentary mobile charging stations, WIFI, water, and Bahn Mi sandwiches from Uber Eats all while listening to their favourite Coachella artists tracks, at their Uber Rider Lounge on the festival grounds. Gen Y and Z consumers expect instant service, from streaming music with Spotify, to watching movies on Netflix, so Uber’s on demand transport service appeals massively to this audience, even more so when it can get them to and from the coolest festivals. 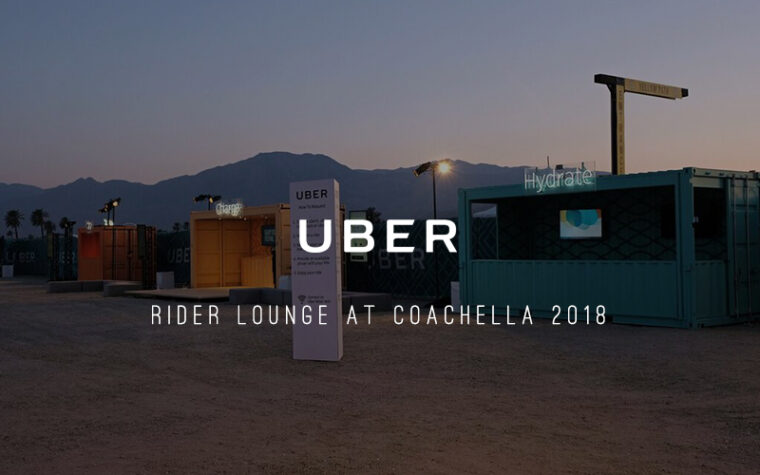 American retail giant, Walmart was also one of the most mentioned brands at Coachella this year that didn’t have an impressive installation. Instead, it was the power of viral content that had the brand on the tip of music lovers tongues. “Walmart kid” also known as Mason Ramsey, became an internet sensation earlier this year when he broke into an impromptu rendition of ‘Lovesick Blues’ at his local Walmart store. The original video tweet was shared over 100k times, gaining attention from popular celebrities (including Ellen DeGeneres and Justin Bieber), landing ‘Walmart kid’ a performance on stage at Coachella.

While this content wasn’t part of any campaign from Walmart, it’s an example of how brands can still #win with younger generations by resonating with them through pop culture trends. 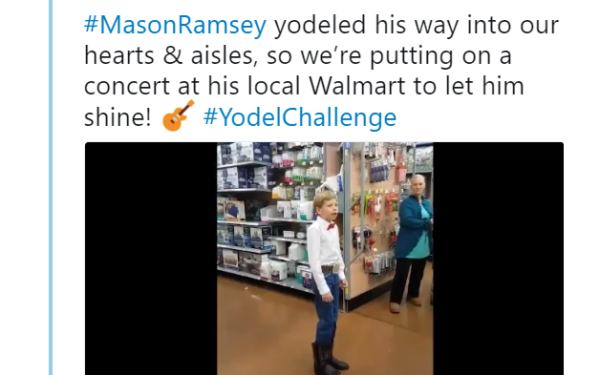 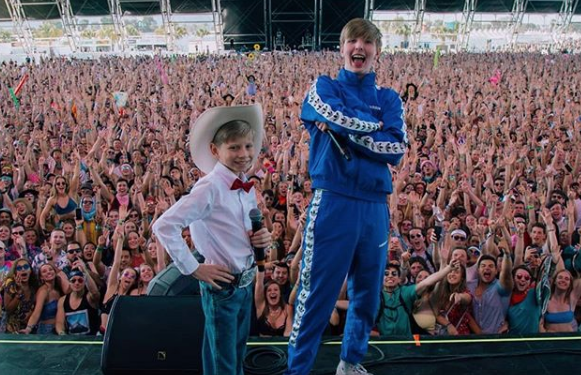 In an attempt connect with their younger customers and as part of its sponsorship with Hyde Parks British Summertime Music Festival, Barclaycard launched a UK-wide search to discover the nations musical DNA. Working with millennial media outlet Buzzfeed, readers were encouraged to take the music quiz which then revealed a bespoke ‘DanceBot’ representing which musical tribe they belonged to. Users could share their dancing avatar via social media while keeping track of the nations musical DNA results which was updated every 24 hours on the site. The winning ‘DanceBots’ were announced three weeks later with physical versions appearing at the music festival, along with digital screens for music lovers to create their own ‘DanceBot’. 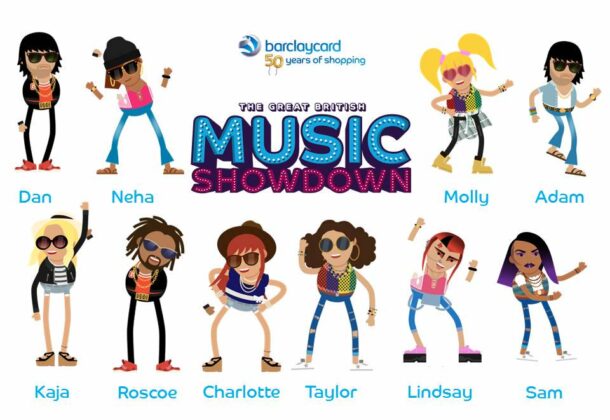 IF YOU WANT TO ENGAGE YOUR BRAND WITH A YOUNGER AUDIENCE, GET IN TOUCH HERE

5 Brands Inspiring Us to Be More Sustainable

New Kids on the Block

5 Brands Inspiring Us to Be More Sustainable

New Kids on the Block

Planning an Event
or Brand Activation?